News and podcasts for developers

Subscribe to get the latest news and podcasts for developers in your inbox, every week.
We make it super easy to keep up with developer news that matters.

This week Elixir creator José Valim joins Jerod and Practical AI’s Daniel Whitenack to discuss Numerical Elixir, his new project that’s bringing Elixir into the world of machine learning. We discuss why José chose this as his next direction, the team’s layered approach, influences and collaborators on this effort, and their awesome collaborative notebook project that’s built on Phoenix LiveView.

First-class theming, framework agnostic, and type-safety so you can cow[boy|girl] code those styles and let your tooling catch typos and variable name changes.

You may have heard that Dark Sky (the beloved weather app for iOS) was acquired by Apple and its accompanying developer API will be shut down soon, which left a lot of devs scrambling for alternatives. Enter the PirateWeather API:

Weather forecasts are primarily determined using models run by government agencies, but the outputs aren’t easy to use or in formats built for applications. To try to address this, I’ve put together a service (built on AWS Lambda) that reads public weather forecasts and serves it following the Dark Sky API style.

It’s in beta at the moment, but it appears the author has put a lot of thought into it.

The “secure” in secure shell comes from the combination of hashing, symmetric encryption, and asymmetric encryption. Together, SSH uses cryptographic primitives to safely connect clients and servers. In the 25 years since its founding, computing power and speeds in accordance with Moore’s Law have necessitated increasingly complicated low-level algorithms.

As of 2020, the most widely adopted asymmetric crypto algorithms in the PKI world are RSA, DSA, ECDSA, and EdDSA. So which one is best? Well, it depends.

Programmers are taught very early on about the importance of organizing their code. Whether it is naming variables and functions, or naming and organizing files, this is a topic covered early in nearly every programming course.

All of this begs the question: why is it so damn hard to figure out how to structure Go code?

To say that Jeff Adams is a trailblazer when it comes to speech technology is an understatement. Along with many other notable accomplishments, his team at Amazon developed the Echo, Dash, and Fire TV changing our perception of how we could interact with devices in our home. Jeff now leads Cobalt Speech and Language, and he was kind enough to join us for a discussion about human computer interaction, multimodal AI tasks, the history of language modeling, and AI for social good.

This week, a friend shared a blog post that critiqued a popular framework for CSS. Twitter started to discuss if it’s okay to criticise tools. In this post, I’ll say it is not just okay, it is also important.

This is a tough subject because we identify so closely with the things we create (our code), but Hidde is right: if we want to progress as an industry (and individually) we need to be able to criticize (constructively) and receive criticism. It’s part of the process.

A nice primer on the many aspects of building full-text search, such as: data preparation, indexing, searching, term frequency, and computing relevance. It’s amazing what 150 lines of code can get done…

For software development teams, a thorough release management plan is the difference between a smooth launch and a frantic scramble where you’re putting out fires all day.

In this post from our friends at LaunchDarkly, they outline the five phases of releasing software, explain the essential roles in the process, and share best practices for a successful launch.

There are obvious upsides to pair programming. This post from Nat Bennett shares both the ups and the downs of pairing all day for years…

So I paired all day, most days, for about five years. This had a lot of upsides, far more than I can list here. There’s a standard list of benefits and drawbacks to pairing that you might be familiar with, but the impact of pairing, especially pairing that much, goes much deeper than its impact on the code, on the particular work the team delivers that week.

Nat goes on to share when pairing took more than it gave for them.

Pairing requires being vulnerable, to another human being, for hours at a time. Intimacy, both physical and mental. I had to share space, decisions, thought processes, and often feelings with this person. … This never stopped being draining.
…
Over time, over years, pairing wore me down. Took a little bit more each day than I could recover. Until my life was working, and recovering from work, and then working some more.

I really appreciate how well this event came together. The virtual platform and diversity played a big part in this world-class experience. This was the perfect one to Ship It!, a brand new Changelog show that honours the makers, the shippers, & the visionaries that see it through. Tune in mid-May to find out more about the behind-the-scenes of this event.

After working as a software engineer for 20 years, it’s still exciting to see how the results of your work become alive and you still feel yourself as a kid at that moment :)

Stripe Atlas has a wide array of guides to running an internet business that are totally open and free for everyone. This guide, written by Dr. Sherry Walling (a clinical psychologist), on “managing founder stress” covers everything from running smart (not just hard), coping with chronic stress, mastering the ups and downs, and a reminder that as a founder you are not alone.

If you like this guide, then you’ll probably be a fan of my podcast Founders Talk too.

I wouldn’t say JavaScript is a perfect choice for this kind of scripting, but it’s definitely a suitable one (especially if it’s the language you already know well). Here’s what scripting looks like with zx:

Top-level await sure makes things nicer. (Deno supports this out of the box, btw.)

The benefits of such a setup are numerous, especially for small sites and side projects:

Hosting a static website is much easier than a “real” server - there’s many free and reliable options (like GitHub, GitLab Pages, Netlify, etc), and it scales to basically infinity without any effort.

The how is also super interesting:

So how do you use a database on a static file hoster? Firstly, SQLite (written in C) is compiled to WebAssembly. SQLite can be compiled with emscripten without any modifications, and the sql.js library is a thin JS wrapper around the wasm code.

There’s more to the story, and the resulting solution is also open source.

Paul Bakaus from Google Web Creators joins Amal, Nick, & Jerod to talk about this new initiative to promote, educate, and equip people to create on the web.

Along the way we discuss Web Stories, AMP, RSS, Google Reader, and more, of course. Join us: for a more dope web!

Many great Phoenix LiveView examples exist. They often show the ease and power of LiveView but stop at multiple browsers talking to a single web server. I wanted to go further and create a fully clustered, globally distributed, privately networked, secure application. What’s more, I wanted to have fun doing it.

So I set out to see if I could create a fully distributed, clustered, privately networked, global game server system. Spoiler Alert: I did.

I like the way he frames his experience. He says the most remarkable thing about it is not what he built, it’s what he didn’t need to build in order to accomplish his goal.

Paul Graham on preposterous sounding ideas and how easy they are to dismiss:

Most implausible-sounding ideas are in fact bad and could be safely dismissed. But not when they’re proposed by reasonable domain experts. If the person proposing the idea is reasonable, then they know how implausible it sounds. And yet they’re proposing it anyway. That suggests they know something you don’t. And if they have deep domain expertise, that’s probably the source of it.

Such ideas are not merely unsafe to dismiss, but disproportionately likely to be interesting. When the average person proposes an implausible-sounding idea, its implausibility is evidence of their incompetence. But when a reasonable domain expert does it, the situation is reversed. There’s something like an efficient market here: on average the ideas that seem craziest will, if correct, have the biggest effect.

I’m not a big ideas guy. Never have been. Adam is, though. And I freely admit that many of his ideas sound preposterous to me at first. But I’ve learned over the years to hear him out, because he’s usually on to something, even if it’s not fully-formed yet. And it turns out I’m pretty good at taking partially-formed ideas and helping firm them up. This is one of the reasons why we make a good team.

Having new ideas is a lonely business. Only those who’ve tried it know how lonely. These people need your help. And if you help them, you’ll probably learn something in the process.

Perspectives from both the workshop leaders perspective, as well as the workshop participants. What are some top tips, things to watch out for, and ways to innovate and keep your participants engaged, especially in the remote world we are now living in.

The motivation for building Slidev:

I always found myself spending too much time styling and layouting slides when using apps like PowerPoint / Keynote / Google Slides. Whenever I need to share code snippets, I would also need to use other tools to generate the highlighted code as images over and over again.

So as a frontend developer, why not solve it the way that fits better with what I am good at?

Looks slick: themeable, hackable, and you write your slides in Markdown. 👌

ClearURLs is an add-on based on the new WebExtensions technology and is optimized for Firefox and Chrome based browsers.

This extension will automatically remove tracking elements from URLs to help protect your privacy when browse through the Internet, which is regularly updated by us and can be found here.

Get the latest news and podcasts for developers in your inbox, every week. We make it super easy to keep up with developer news that matters. 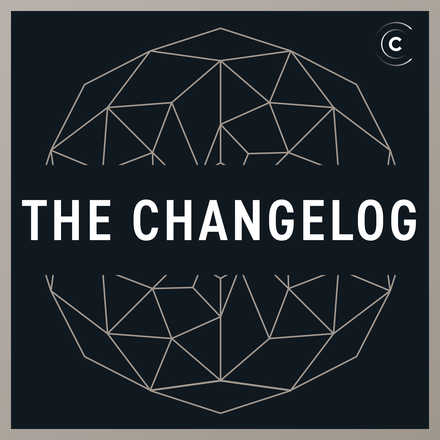 Conversations with the hackers, leaders, and innovators of the software world. 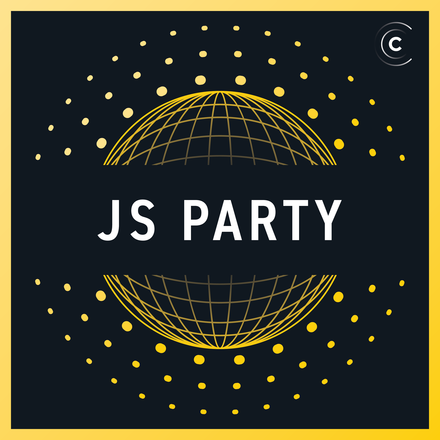 Your weekly celebration of JavaScript and the web. 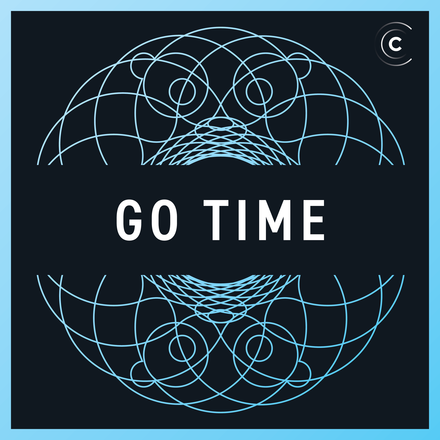 Your source for diverse discussions from around the Go community 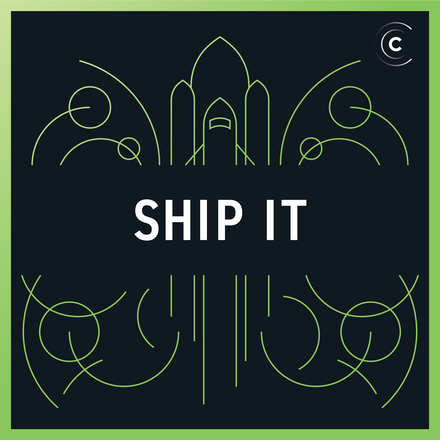 A show all about putting code into the world to find out what works, what doesn’t, and what comes next. 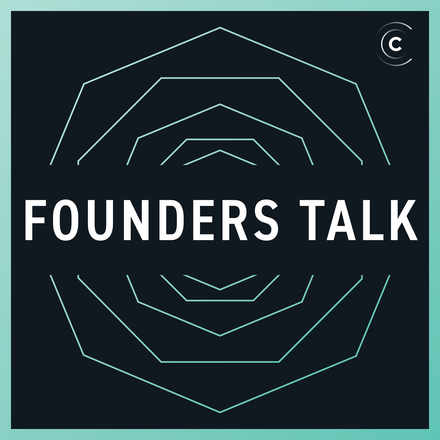 In-depth, one-on-one conversations with founders, CEOs, and makers. The journey, lessons learned, and the struggles. Let’s do this! 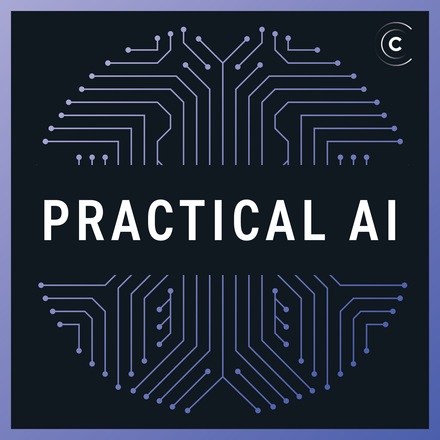 Making artificial intelligence practical, productive, and accessible to everyone. 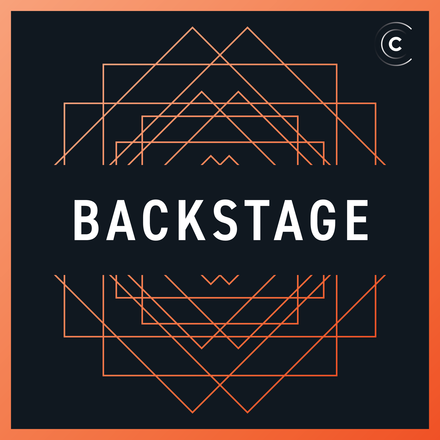 Your backstage pass to the people behind Changelog and the things that interest them. 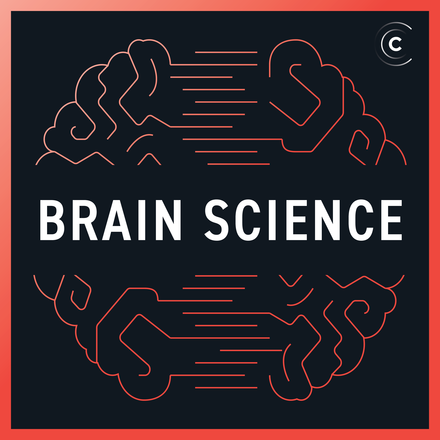 For the curious! We’re exploring the inner-workings of the human brain to understand behavior change, habit formation, mental health, and being human.

The master feed of all Changelog podcasts